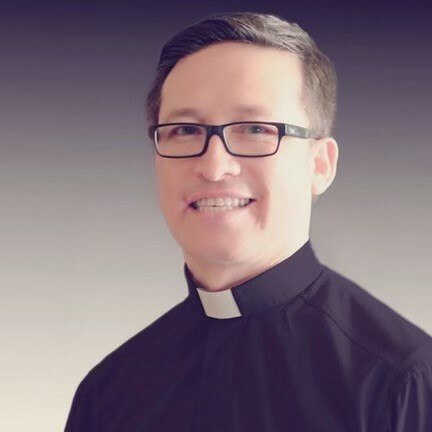 Father Angel (D’Angelo) Jiménez was born in Sigisg, Ecuador, and grew up in neighboring Cuenca, the third largest city in Ecuador. He began his training for the Priesthood at St. Leon Magno Seminary, founded in 1786, when Pope Pius VI created the diocese of Cuenca.

During the summer hiatus periods, Father Jiménez came to New York and worked in a restaurant to defray the tuition at the Seminary and to begin mastering the English language. He continued with intensive English language studies and he is fluent in both English and Spanish.

After his ordination on January 20, 2007, Father Jiménez served as Pastor in several parishes in the Cuenca Archdiocese - Our Lady of the Rosary in Jima and St. Michael Jadan.